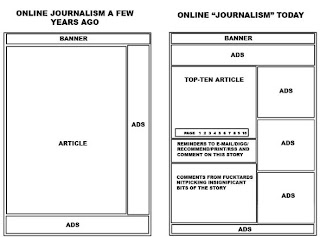 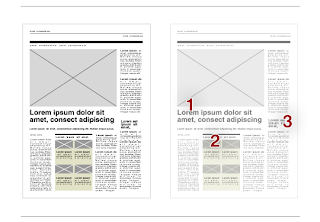 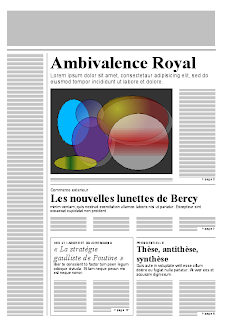 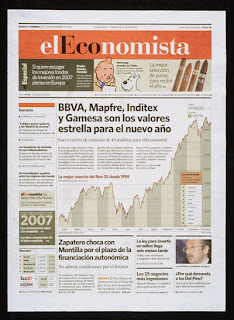 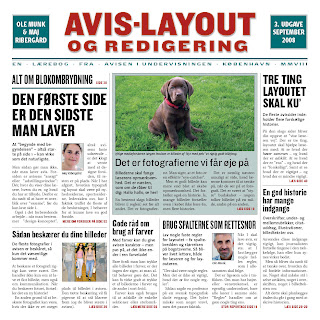 A hierarchy can link entities either directly or indirectly, and either vertically or horizontally. The only direct links in a hierarchy, insofar as they are hierarchical, are to one's immediate superior or to one of one's subordinates, although a system that is largely hierarchical can also incorporate alternative hierarchies. Indirect hierarchical links can extend "vertically" upwards or downwards via multiple links in the same direction, following a path. All parts of the hierarchy which are not linked vertically to one another nevertheless can be "horizontally" linked through a path by traveling up the hierarchy to find a common direct or indirect superior, and then down again. This is akin to two co-workers or colleagues; each reports to a common superior, but they have the same relative amount of authority. 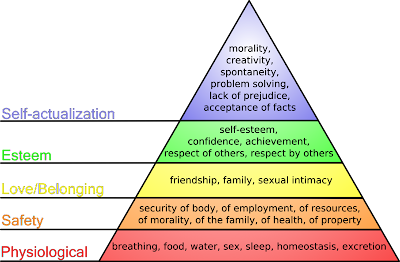 Newspapers are a good model from which to learn techniques for creating skimmable documents. A newspaper provides an immense amount of information that is highly skimmable. You can pick up almost any daily newspaper and in just a few minutes find the information you want: What's new? How did your home sports team do (no matter where you are in the country)? What are this paper's biases?

The design of the modern newspaper evolved over many years. The inverted pyramid style of writing started during the Civil War, while the use of sections, large headlines and images "above the fold" came about in the early part of the 20th century. Further advances with graphics, charts, and layout occurred with the advent of papers like USA Today.

Newspaper techniques from which we can learn
Some of the newspaper techniques that are applicable to screen-based web documents are: Sections, individual stories, "above the fold", the head, the lead, the inverted pyramid, and typography.

Sections
Newspapers are divided up into multiple sections, such as the front page, sports, living/arts, etc. This lets the reader quickly go to related stories that may be of interest. The writer also knows, more or less, where to put a story, giving a mild, implicit "link" between it and the others in the same section. The boundaries of the sections are obvious.

Pages in a web document can be grouped into section. These sections, like those in a newspaper, can have an identity, and can help organize a document. Sections can include introduction, recommendations, background, competitive climate, etc. Table of contents and image maps can be used to do the implicit linking. The graphic design of the pages can be used to reinforce the notion of different sections.

This structure includes following a standard layout for providing common pieces of information, such as the title, byline, dateline, lead, subheads, where to go next to get more information, etc.

Above the fold
Newspapers are put together with the understanding that when you look at a section you may only glance at it for a few seconds. This is especially true of the first page when the newspaper is on a newsstand. The main information you need is provided in the part that is directly visible, the part that is "above the fold" in the common format. The major headlines, subheads, leads and illustrations are provided to give you an overview of what is inside. Common information (such as the weather forecast) is displayed in known locations.

Web pages can learn from this. They, too, are often read with a short glance, with the reader deciding by the first look whether or not this is a page they want to read. The information for the reader to make that determination should be visible when the page first comes up, without scrolling. This means taking into account what is "above the scroll" on the page.

(Interesting note: "Above the fold" on the first page of a newspaper is what is free -- it's what you can usually see before you buy. Free vs. "for a fee" content is an area that has had to be addressed for many years.)

The head
Newspapers title their stories in a way that makes it easy to determine their content. Writing headlines is a skill, and there are different styles depending upon the goals of the writer. Styles include: Informational, teasing, and cute.

With web pages, the idea of a title can be used in a similar way.

The lead
The first sentence or two of a story is often called "the lead". The lead sums up the story. It tells you what is covered in the story, giving you the basic information and letting you know what you can expect to find if you read further. The goal is to be short, but not too short. Leads in a traditional news story are informational. Feature stories use more teasing leads. Learning to write leads is an important part of learning to write for newspapers.

"The lead is where you start, which sounds simple enough, except that it isn't. More wastebaskets have been filled with crumpled paper because of trouble with leads than anything else in newsrooms....It's easier to write bad leads than good ones...Properly crafted, the lead answers questions before they are asked and promises more answers that follow...Getting it right means finding the phrase, the quotation or the fact that reaches the essence of the story."

(Page 17-18, the start of the chapter on Leads. This chapter can be quite helpful for learning this skill.)

The inverted pyramid
Newspaper stories are usually written in an inverted pyramid style. This means that the basic facts, the conclusion, the lead, etc., comes first. As you move through the story, more and more detail and background is provided.

This is different than much writing where you build to a conclusion, putting together details and background before explaining what the results are.

This type of writing came about in newspapers for a variety of reasons. First, in the days of the telegraph, the whole story took a long time to transmit, and starting with the main information ("The battle was lost, 940 killed") was more important for getting on press immediately than the details ("Our soldiers crossed the bridge at dawn with fresh supplies..."). Secondly, it made it easier for the layout people to fit the story in the available space, since they could just cut off the end. Finally, it also made it much better for readers who had differing amounts of time to read and were awaiting the main information.

A similar style could be used for web pages, mainly for the last reason -- knowing that not all readers will read the entire story.

Display ads make use of typography and layout, careful writing and pictures, and other techniques to provide information. While they are also used to attract attention, imparting information is a major goal: "Home appliance sale", "Only $99.95", "Here is the perfect gift for the skier on your list".

The use of different point sizes, bold, call-outs, and images help the reader find the information they need.